Together We Are Better

Hello & Welcome to Our Spectrum Journey! 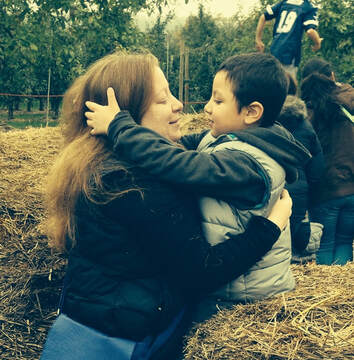 Creative, caring, motivated and stubborn are some of the adjectives people have used to describe me. I personally would also include protective and determined especially when it comes to my family but specifically with my son.

I'm your typical head strong now 40 year old woman with an Italian decent but in 2008 when my little guy was born a mama bear was awaken as well.

22 months later my world changed and my life took a different direction. Mama Bear took on a totally new meaning from there on out. Going back to work and pursuing a career were pushed aside, instead I went in search of answers. At 22 months, my son after a high fever and numerous ear infections and not to mention dose after dose of antibiotics, became distant, mute, almost as if something was either missing or blocked. I spent months of trying to figure things out, researching and listening to people tell us what it could be or what they thought it could be. After months of hearing professionals use the term "red flags" and my gut telling me something was wrong I was finally introduced to a team of professionals who understood us and took us under their wings.

In June of 2012, my son was given the diagnosis of Autism, a diagnosis I was prepared for because of them. You see by then my son had an amazing team of therapists working by his side each day working hard to get him the help he needed and they are still by his side to this day. That rock, our extended family is the inspiration behind Together We Are Better.

Together We Are Better was a small idea I had a years ago to help us parents with extra financial needs to help our children with neurological differences. Now it's grown into something more. It's introduced me to a new world, new people and the social media world of telling our story.

The autism journey isn't easy and if you don't know how to navigate the system or advocate in a loud voice a family and their children can get lost in this system. I almost did, this is why I am now sharing my journey and help one parent at a time along the way. 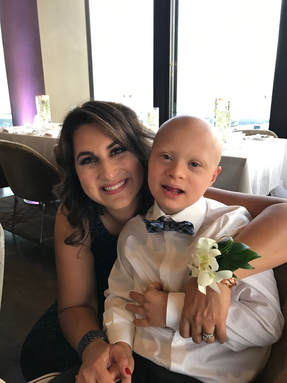 Being a mother to four boys I can say my life is anything but boring or quiet for a second. Dirty dishes, loads of laundry, constant trips to the grocery store and countless hours to hockey, soccer, swimming and other extracurricular are a constant. On top of that therapy has become routine for my eldest as he has Down Syndrome and Autism.

Adriano, a.k.a LITTLE MONKEY as he will not hesitate to climb you to give you a hug and kiss, is a very active and warm-hearted boy. He is involved in swimming, soccer and karate. He is very eager to play especially basketball, blowing bubbles, singing or practising his latest moves in yoga.

Adriano’s arrival was a little bit of a surprise, three weeks early so we were already nervous parents. We didn’t learn of his diagnosis until three days after his birthday which again added confusion to our surprise. We were completely unprepared as to what to expect not only as first time parents but also parents of a child with special needs. It took us a while to get back on our feet but like any other parents we realized we had a child to raise and family to grow.

Knowing that Adriano would require special attention, we began to focus ours on seeking any and every help available. But we were again thrown for a loop when at 7 years old, our special boy was diagnosed with autism. I can’t lie, this second diagnosis was hard to swallow as now our son was given another challenge to face. But we picked ourselves up and got to work. Our goal was and will always be to help him meet his goals. We face these challenges together. Now with the addition of three younger brothers, we have our team, our fighters.
​
Somethings that we take for granted like tying a shoe, can be difficult for others. But when these goals are met, either big or small, it is a victory all the same. We have had the fortunate opportunity to meet other families with exceptional children and it has made us all stronger and appreciate each other all the more. The connections and friendships we've made will be forever and having them is very comforting.
Life is not always easy and we all have to learn as we go but I can’t imagine my life any other way.